You can’t spend all-day, every day on a beach on Cape. When spending a week’s long vacation on Cape Cod (the average length trip) you’ll surely have a couple of “free” days where the family wants to explore the local area. There’s plenty of art, culture, and must-see museums on both the Upper Cape and Lower Cap.

We’ve compiled a list of our absolute favorites. We based our list on exhibits, pricing, visitor reviews, and more. We highly encourage you to stop in to any of these award-winning museums on your next trip. Congrats to all our winners!

The Cahoon is a lively, fun, and inspiring place to engage with contemporary art, enjoy family-friendly events, attend open houses, educational programs, and tours and visit a fantastic museum shop – all housed in an 18th century New England home with a modern gallery addition. It is your one-stop place for Cape Cod art and culture.

The Cape Cod Museum of Natural History in Brewster, Massachusetts, on Cape Cod, was founded in 1954. Their mission is to encourage and advance understanding of our natural environment through discovery and learning. The museum is housed in a 17,000 square foot building on its own 80-acre site and abutted by 320 acres of town- and Conservation-owned land.
The Cape Cod Museum of Natural History is a wonderful Cape Cod family activity destination. There are countless fun kids activities at the museum including bird watching, exploring the aquarium and learning more about marine science, and several interactive STEM education opportunities in the John Hay room. Exploring the 400-plus acres of museum-owned land and museum trails surrounding the museum makes for a great family activity, and offers more bird watching and hands on learning about marine science and the fascinating Cape Cod ecosystem.

Falmouth Museums on the Green (Falmouth)

The Falmouth Museums on the Green contain a treasure trove of stories and artifacts that tell the story of the town of Falmouth, Massachusetts. The museums overlook the Village Green where members of the Colonial militia practiced in the 1700s and sea captains built their homes. Two 18th-century houses display period furniture, fine art, textiles and rotating exhibits that provide a glimpse into the town’s rich historic past

Heritage is perfect for the whole family, with walking paths, beautiful gardens, permanent collections and changing special exhibits. Don’t miss the Magnolia Cafe for a bite to eat, and a variety of programs for families, children and adults.
Highlights include:
* Classic automobile collection
* A comprehensive collection of Hydrangeas, Rhododendrons and daylilies
* Let’s Play special exhibit
* Hidden Hollow family play and explore area

Highfield Hall & Gardens is not your typical historic estate. While there’s plenty of history within these glorious old walls, Highfield is a vibrant cultural center surrounded by restored gardens, peaceful walking trails and conservation land.

The John F. Kennedy Hyannis Museum Foundation preserves and promotes the legacy of President Kennedy, his family, and their deep connection to Cape Cod.
John F. Kennedy Hyannis Museum is a multimedia exhibit designed to open a window on the days JFK spent on Cape Cod; days relaxing with family, days playing football with PT109 buddies, days spent sailing on the ocean to which he was so constantly drawn.
The exhibit features over 80 photographs spanning the years 1934 to 1963 and is arranged in thematic groupings to reflect John F. Kennedy, his family, his friends and the Cape Cod he so dearly loved. In addition to photography, a video narrated by Walter Cronkite depicts the president’s experiences on the Cape. Several themed areas include charged oral histories of JFK’s friends.

Through the door of the Museum the history and culture of the Wampanoag from the Stone Age to the present is carefully detailed through a range of exhibits. First established under the guidance of the Mashpee Historical Commission, the Museum is the only one in existence devoted exclusively to Wampanoag history.

Housed in a fine example of an old half Cape Cod house, the Museum contains displays of ancient artifacts and other Native American heirlooms that form a chronological commentary on life among the Wampanoag for thousands of years. Displays include a variety of tools, baskets, hunting and fishing implements, weapons and domestic utensils. The focal point in the exhibits is a large diorama depicting a typical scene from an early Wampanoag settlement.

The Pilgrim Monument was founded in 1892 as the Cape Cod Pilgrim Memorial Association—Cape Cod’s oldest not-for-profit organization. Its purpose is to commemorate the Mayflower Pilgrims’ first landing in the New World in Provincetown, in November 1620. Here the Pilgrims spent 5 weeks exploring the tip of Cape Cod before they sailed on to Plymouth. They also drew up and signed the Mayflower Compact, which established the rule of law for the new land.
The Cape Cod Pilgrim Memorial Association built the Pilgrim Monument to honor the Pilgrims’ first landing in Provincetown. President Theodore Roosevelt laid the cornerstone in 1907. In 1910, President William Howard Taft dedicated the finished 252-foot tower. In 1910, the Cape’s first building built to house a museum opened at the base of the monument, to educate the public about Provincetown’s role in Pilgrim history and American history.
Today, millions of visitors and generations of local residents have admired and climbed the 252 foot granite Pilgrim Monument for almost 100 years.
The Provincetown Museum is a charming mix of the old and the new. The permanent exhibits retain the charm of an old-fashioned history museum. Exhibits highlight the arrival of the Mayflower Pilgrims, the town’s rich maritime history, the early days of modern American theater in Provincetown, and the building of the monument.
There is also a recreation of a 19th century sea captain’s parlor at home and his quarters at sea, a diorama of the Mayflower Compact being signed aboard the Mayflower in Provincetown Harbor, and a scale model of the first theater of the Provincetown Players.

Founded by artists in 1981, CCMoA is the home of Cape Cod Art. The Museum preserves the work of the Cape’s finest artists and celebrates the distinctive artistic identity of the Cape, the Islands and the region. It is a major hub of the cultural life of the region.  Through its outstanding art collection and diverse programming, CCMoA educates, inspires and excites the imagination while caring for and connecting the Cape’s many communities.​

The Museum is situated in a beautiful setting surrounded by a Sculpture Garden at the Cape Cod Center for the Arts. CCMoA has seven galleries, a museum shop and a film screening room. The Cape Cod Museum of Art’s mission as the preeminent art organization on Cape Cod is to educate, inspire and excite the imagination of all by using their outstanding collection and diverse programming.

The Sandwich Glass Museum has “Relit the Fires in Sandwich” with a glass furnace for hourly glass making presentations and new exhibits to better tell the story of the glass industry in Sandwich. While we will not be able to completely recreate that booming, smoking glass factory, our visitors are able to feel the heat from the glory hole on their faces. They can watch the glassblower turn and twist the hot glass into wonderful forms, and visions of those former days will not be so difficult to understand or imagine.

Hi, I'm Jen and I love to travel, go to the beach and write about all the places I have visited. I also have a bucket list of places I can't wait to try! I've visited Cape Cod every summer since I was a kid and now enjoy traveling to all great beach destinations! I have worked in the travel industry for all of my career. I love sharing my experiences of different restaurants and places and helping travelers find the best fit for them! 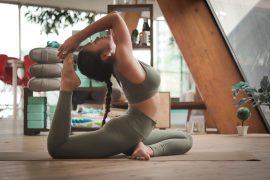 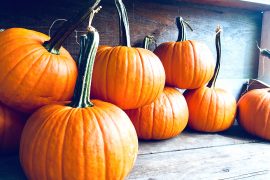